It's been a wet, wet harvest. Here are the 3 grain store insects you should be looking out for

In a normal year we would be advising our customers to cool their grain ASAP at this time of year. But, harvest has been very wet. Some people are storing wet, with grain waiting to go into co-operative dryers at 18-20%.

This poses a risk for the grain on many levels. Please see our Bugger Zone Chart for reference: https://www.dealey.co.uk/public/files/bugger-zone-201126100726.pdf

The higher moisture will lead to mesophilic fungal growth- aspergillus, penicillium etc- which not only heats up the grain but also encourages the species of insects that thrive in mouldy environments. 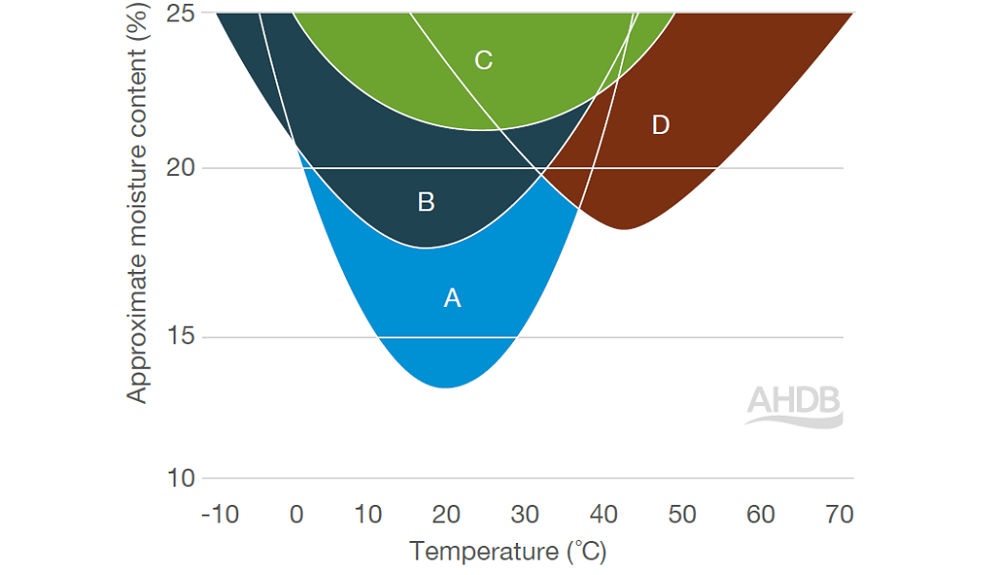 So is drying more of a priority than cooling this year? If you want to stop the following insects that love moist grain, then yes.

Here are some of the fungus-loving bugs you should be looking out for this autumn: 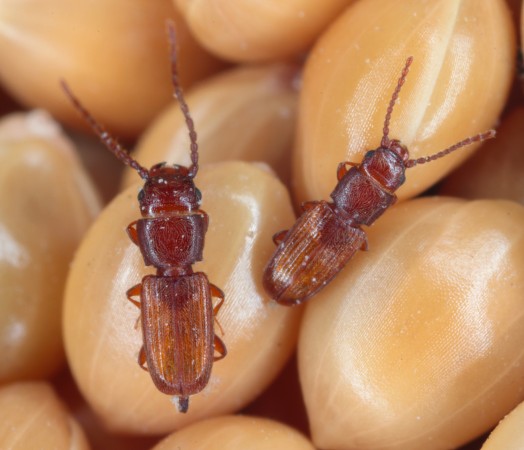 These little sods aren’t technically fungal feeders but get stuck into grain that has fungal growth on it.

The primary aspect of insects to remember is that they have fairly useless offspring. Think of the difference between a maggot and a fly. Flies are hard to swat and annoyingly mobile, maggots are very easy to grab and put on a fish hook.

Rust red grain beetles are no different. The mother insects will find a habitat where their feckless larvae are likely to thrive, without larval food they will probably die because the larvae are not that mobile, right up to the last instar which are the teenage years when they want to leave home and you never really know where they are.

So, mummy cryptolestes seeks out mouldy grain to keep their little ones fed. The mould has already broken up the germ layer of the grain and the larvae will be free to fatten themselves on your hard-earned crop.

The females of this species last about nine months during which time they can lay 400 eggs. Be warned.

A bug so bad that they named it twice. 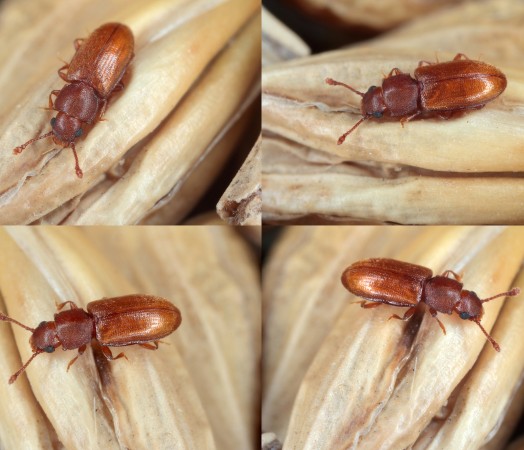 For the theologians amongst you, you will have already spotted that this bug is named after Ahasverus, the cruel Jewish man who mocked Jesus on his way to the cross. Legend has it that, for his sleight, Ahasverus was cursed and doomed to roam the world, never finding a place to call home, thus earning him the nickname “The Wandering Jew.”

So, this delightful grain infesting insect has a latin name that literally translates as “Foreign Wandering Jew.”

These ones feed directly on fungus. They can’t get enough of it. The “smell” of the fungus is what we call a kairomone and is essentially a chemical command to the insect to find the source of the kairomone (your grain store) and make themselves at home. They will flock from miles around to seek out mouldy grain and they are strong fliers when it is warm enough outside.

One word of caution. Don’t mistake these for Cabbage Stem Flea Beetle which can also be found in stored grain. Foreign grain beetle are a problem in stored grain because they will be able to breed and cause damage if the moisture is high enough. Cabbage stem flea beetle will just die out over time posing no risk to your grain whatsoever.

If you have any doubt, watch this video: https://www.dealey.co.uk/blog/free-insect-identification 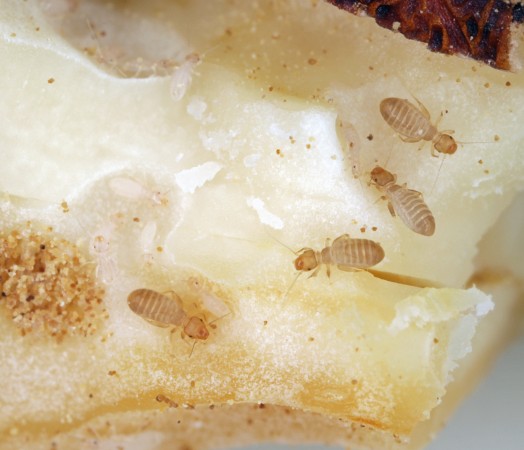 These little insects have an outrageous breeding pattern and can sometimes seem to appear in a grain store overnight.

Their name “psocoptera” actually means “grinding wing.” They get this name from the strange machinations of their mandibles that are shaped like a pestle and mortar, specially adpted to grinding the mould that grows on stored grain at high moistures

What to do if you’ve got Psocids in your grain? I’ve done a much more in depth review of them here: https://www.dealey.co.uk/blog/booklice-bugs-in-grain-stores

For any concerns about insects on your grain stores, you can just give us a call or use the little “get in touch” button below. Ask for Martin, he’s a bug geek, he will be happy to talk you through the finer points of what to do about insects in grain stores.